The Shadow Chancellor John McDonnell hit back and said it has been costed overall despite the WASPI pledge not in the manifesto. Women Against State Pension Inequality (WASPI) argue they should be reimbursed for the thousands they have missed out on after paying into the system for years. The host said: “You’re thinking of the magic money tree and you haven’t got enough money for all of that.” 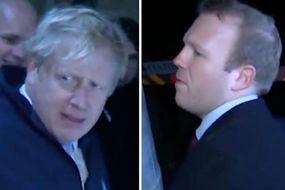 Ms Burley hit back: “You didn’t cost for WASPI.”

The Shadow Chancellor replied: “Yes I did. I set out the costings overall.”

But she noted the costings are not in the Labour Party’s manifesto.

Mr McDonnell continued: “I said in the manifesto we will bring forward a proposal and we did in three days.

The Labour politician laughed and replied: “I’ll send you a copy Kay.”

John McDonnell’s WASPI costings were not included in the manifesto (Image: SKY)

The Shadow Chancellor was involved in a heated debate with BBC’s Andrew Marr show on Sunday morning as he was quizzed on the uncosted pledge.

Addressing the matter on the BBC, Andrew Marr asked the Shadow Chancellor John McDonnell: “You were here a little over a month ago and you were saying your manifesto, unlike many of the others, would be fully-costed. Sadly, that is not true. Is it?

“You announced that you were going to give £58billion to WASPI women. Where is that money coming from?”

Mr McDonnell replied: “In the normal way when a government has to meet a historic injustice we will have to identify that funding. 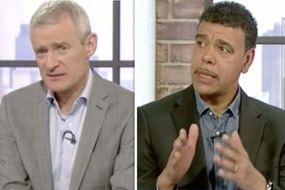 ‘Women have paid in and pensions have been STOLEN’ Chris Kamara 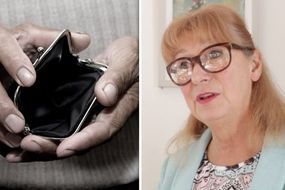 “Either from what headroom we will inherit.”

The Jeremy Corbyn ally then snapped at Mr Marr: “Let me finish Andrew, please! I don’t want to be rude.

“Either from the headroom we inherit. Or we will borrow.

“And I do not shy away from that. This is a historic injustice. I am clearing up the mess of past Conservative Governments.

“I am standing by these women. I will not be moved from this.”