HSBC, First Direct, and M&S Bank, which are all owned by the same parent group, have announced they will be hiking the cost of arranged overdrafts to 39.9 percent EAR. Following the news, Martin Lewis has issued a warning to beware the overdraft rate hike. 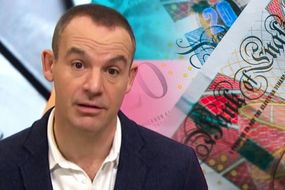 State pension age? Martin Lewis explains how you could get £4,500 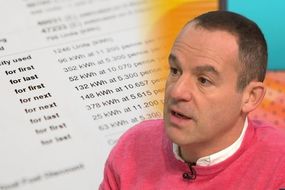 Martin Lewis: Expert reveals how to save £140 off energy bills 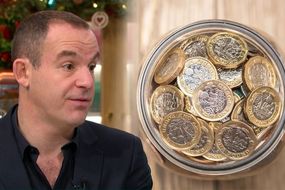 Speaking on Good Morning Britain today, he said: “Over the last week, we’ve heard from HSBC, First Direct and Marks and Spencer’s which are all part of the same parent group, that from March their unauthorised overdraft rate will be 39.9 percent APR.

“This follows Nationwide who also hiked its overdraft charges to 39.9 percent APR [last month on 11 November 11].

“I think it’s going to become the new normal.”

It comes after the Financial Conduct Authority (FCA) said that by April 2020, all banks must scrap daily unarranged overdraft fees, instead charging a single interest rate for arranged overdrafts.

READ MORE: State pension age? Martin Lewis explains how millions may be missing out on £4,500 a year

Over the last week, we’ve heard from HSBC, First Direct and Marks and Spencer’s which are all part of the same parent group, that from March their unauthorised overdraft rate will be 39.9 percent APR.

The regulator said banks and building societies would also have to advertise the arranged overdraft prices with an APR, helping customers to compare them against other products.

Mr Lewis continued: “It’s very complicated – there are winners and losers. But, generally, if you are within your overdraft limit, it will cost you more typically. Not quite for everybody.

“In fact, lots of people pay off their credit cards from their overdraft account and try to pay it off but as the overdraft costs more, you’d be better off just to pay the minimum on the credit card and keep your overdraft as little as you can.

“I think this is going to be the new normal.”

DON’T MISSHow to save money on energy bills: Simple move could see you save hundreds each year [TIPS]How to save money at Christmas: Top tips for making your money go further in winter 2019 [INSIGHT]Universal Credit 2020: What will be changing to the benefit next year? Payments will rise [GUIDE] 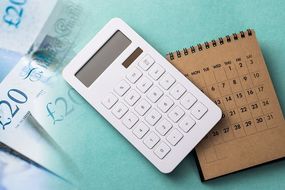 Universal Credit claimants could get £1,200 bonus – how to get it 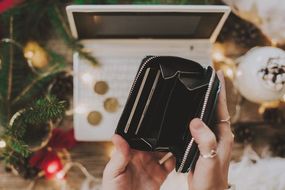 The Money Saving Expert founder today explained: “To see how the change works let’s take First Direct: it’s currently 15.9 percent EAR on arranged overdrafts of over £250, and a £5 daily charge if you slip into their unarranged overdraft.

“So as with all banks effectively the burden is being shifted from those who go beyond their overdrafts to those who are within their arranged amount – in many ways this is the culmination of the campaign to reclaim unfair bank charges I was involved in back from 2005.

“Winners and losers are complex, but most people with arranged overdrafts will end up paying more.

Is there a way for overdraft users to make their money go further?

Mr Lewis suggested: “So it’s worth seeing if you can switch current accounts.

Martin Lewis: The FCA announced changes to the pricing of overdrafts in June 2019 (Image: GETTY) 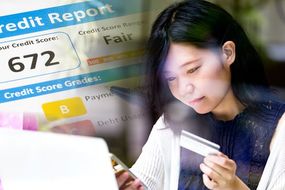 Credit score UK: How to improve your credit score

“For smaller overdrafts, while it’s hiking charges new First Direct switchers get a free £50 and a £250 zero percent overdraft meaning if you’ve less than £300 it works.

“For larger Nationwide FlexDirect currently gives new switchers a 12 month zero percent overdraft – while there’s no set limit, it can be large depending on your credit score – yet after the year it goes to 39.9 percent – so see that as your time to pay it off.”

In June earlier this year, the FCA announced changes to the pricing of overdrafts.

An M&S Bank spokesperson told Express.co.uk: “From 14 March, the interest-free overdraft amount on the M&S Current Account will increase from £100 – £250 and going forward the interest rate charged on any overdraft facility above £250 will be charged at 39.9 percent EAR.

“In addition, new M&S Current Account customers will also select the overdraft amount that meets their individual needs, rather than receiving an automatic £500 overdraft, the first £250 of any overdraft amount will be interest-free.”

Martin Lewis issued a warning about the changes during the segment on Good Morning Britain (Image: GETTY)

The bank has also said it will introduce a single overdraft rate for arranged and unarranged overdrafts, set at 39.9 percent APR, as well as an interest free £25 buffer on Bank Account and Advance accounts, providing customers with some leeway should a customer go slightly overdrawn. The bank added that Premier customers will continue to have a buffer of £500 and Jade customers will see an increase in their buffer to £1,000.

Madhu Kejriwal, HSBC UK’s Head of Lending and Payments said: “An overdraft gives people a bit of flexibility with their finances especially if there is an unexpected cost or emergency repair required. The new £25 buffer we are introducing will also give people some peace of mind that a small miscalculation on spending won’t incur overdraft charges.”

“By simplifying our overdraft charging structure we are making them easier to understand, more transparent and giving customers tools to help them make better financial decisions.”

Dan Wass, Nationwide’s Director of Banking and Insurance, said: “We always strive to make our products as simple and transparent as possible, supported by services that help our members stay in control.

“In the additional context of the FCA’s review of overdrafts, we are confident that the removal of unarranged borrowing charges, the introduction of a single interest rate, and extending our existing suite of alerts, will set a new standard for simplicity, transparency, and control in meeting our members’ day-to-day borrowing needs.”

A spokesperson for First Direct said: ”first direct is making its overdrafts simpler and easier to manage, with a range of changes which include removing the £5 unarranged overdraft fee for unarranged borrowing and cutting the maximum monthly charge by £60.”

The spokesperson added that it is currently writing to all of its current account customers about the overdraft changes, which will come into effect from March 14, 2020.