Boris Johnson will lead us out of the EU on January 31 (Image: Getty)

Bert Colijn, a Senior Eurozone Economist at ING, comments: “While the higher core inflation reading will be on the ECB’s radar [without] material improvement in business confidence and the growth outlook, continued modest price growth seems the most likely scenario for the moment.” The euro also failed to benefit from today’s release of November’s Eurozone retail sales report, with growth beating forecasts to come in at 2.2 percent. However, as this was mainly due to Black Friday and Christmas buying, it is not expected to last beyond December last year. 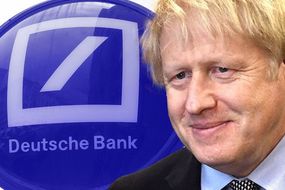 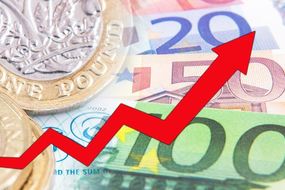 Pound to euro exchange rate: GBP soars – but will Brexit affect it?

Ongoing tensions in the Middle East are also clouding US-EU trade talks, leaving many euro traders feeling jittery as the bloc’s economy continues to struggle in the face of geopolitical uncertainty.

Meanwhile, the pound held steady today as British markets brace for the Brexit Withdrawal Agreement Bill to be debated and voted upon in Parliament as MPs return after their Christmas recess period.

This also follows on news that Prime Minister Boris Johnson will open talks with the European Commission President, Ursula von der Leyen, ahead of January 31, when the UK is due to officially leave the European Union.

The pound to euro exchange rate will continue to be driven by Brexit developments this week, but with the Brexit bill likely to pass unchallenged through Parliament – due to a comfortable Conservative majority – we could see Sterling rise as the path is cleared for the UK leaving the EU on January 31.